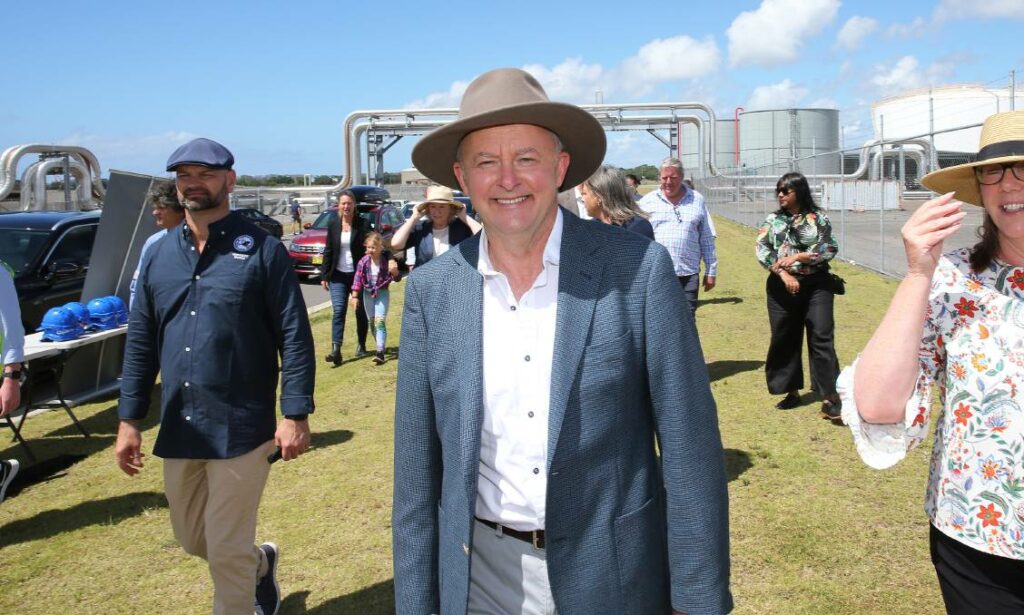 The Albanese government has locked in funding for Newcastle Airport’s new terminal, but some big projects from a previously budgeted Hunter funding package remain up in the air.

The government is facing tough decisions to repair the nation’s finances, but Paterson MP Meryl Swanson confirmed on Friday that Labor would include a promised $55 million for the airport in the October budget.

“Our government is committed to delivering the Newcastle Airport terminal upgrade to further enhance our economic opportunities as an emerging global gateway,” Ms Swanson said.

“Implementation of our commitments will be settled as part of the upcoming October budget process.”

The spokesperson said these commitments included the airport funding, upgrading Mandalong Road at Morisset and planning for a high-speed rail network.

The budget named two Hunter projects under the new fund, $100 million for a hydrogen hub in Newcastle and $268 million for Muswellbrook bypass.

Mr Joyce went on to announce other big-ticket commitments for the Hunter during the election campaign, including $55 million for the airport terminal, $82 million for two more hydrogen projects and $56 million for Mandalong Road.

The previous government planned to commit $250 million to a port container terminal as part of the Hunter’s $750 million allocation, but it cancelled that announcement at the last minute.

Then opposition leader Anthony Albanese wrote in the Newcastle Herald in the week before the election that a Labor government would “invest $82 million in the Hunter Super Hydrogen Hub” and “$55 million to upgrade Newcastle Airport”.

Labor also promised during the campaign to spend $500 million towards planning a fast rail connection to Sydney, $30 million on Mandalong Road, $10 million to upgrade Muswellbrook town square and $16 million on a hydrogen and green energy research and testing centre at University of Newcastle.

Recent comments from Treasurer Jim Chalmers that the nation needed to tighten its belt in the face of high inflation and a projected trillion-dollar debt raised a question mark over the Hunter spending.

Asked if Labor would honour previously announced funding for the Hunter, including for the bypass and hydrogen projects, Mr Albanese’s office said: “Election commitments that have a budgetary impact will be considered as part of the October budget.

“The previous government left us an economy with a trillion dollars in debt, declining productivity, wages going backwards and the highest level of inflation in 20 years.

“These problems were a decade in the making, and we won’t solve them overnight.”

The only other specific spending commitment the government said it would honour was restoring full funding to the Hunter’s GP Access After Hours service.

“The Department of Health and Aged Care is already in discussions with the Hunter New England Central Coast Primary Health Network and Hunter GP Access about implementation of the election commitment,” a government spokesperson said.

Port of Newcastle chief executive Craig Carmody said he expected the government to make good on the budgeted funding for the city’s hydrogen hub.

“The current government publicly stated during the campaign that it would honour the commitment of $182 million for hydrogen projects,” he said.

“We have no reason to believe we would not receive these funds. We are continuing our plans and advancing our hydrogen work with the full expectation that we will soon receive these budgeted funds.”

Newcastle MP Sharon Claydon said Labor had made “explicit commitments in the election, all of which will be honoured”.

“It is questionable whether all projects promised by the former Coalition government were funded and appropriated. Labor will consider these projects on a merit basis,” she said.

Committee for the Hunter CEO Alice Thompson called on Labor to retain all of the $750 million assigned to the Hunter, which she said would boost national productivity at a crucial time.

“The greatest vulnerability for the region as Labor repairs the budget is the Nationals’ signature $750 million Energy Security and Regional Development Plan allocated to the Hunter in the March budget,” she said.

Ms Thompson said the government should not be “pulling in a different direction to regional stakeholders and local governments”.

“This is not about politics; it is about national productivity, which is becoming an increasingly urgent and important agenda for the government as they confront the structural budget deficit.

“The Hunter has the scale and capacity to make a difference on national productivity, which will be diminished without this investment.”

Business Hunter chief Bob Hawes said many of the budgeted or promised projects were time-critical.

“We’ve had the experience before in the Hunter where we’ve had allocations, particularly for big licks of infrastructure, that have been deferred,” he said.

“That’s not a position we want to be in.

“We can’t afford to take our foot off the throttle for anything that concerns energy, because we could face this gap of the renewables not being there when the coal-fired power stations turn off.”

Withdrawing or delaying funding for the Williamtown terminal would have been a huge setback for the airport, which is relying on the upgrade to secure direct international flights.