Thirsty work: Bayswater and Liddell power stations use about 62 gigalitres of water annually.

Upper Hunter water security will be among the issues in the spotlight as part of a feasibility study into a green hydrogen manufacturing plant near Liddell Power station.

A kilogram of hydrogen gas typically requires about nine litres of water feedstock.

Early details show the proposed hydrogen production project will use water drawn from Lake Liddell, which draws from the Hunter River.

The impact of the region’s power infrastructure on water security was last highlighted at the height of the 2019 drought.

Bayswater and Liddell power stations currently use about 62 gigalitres of water annually, some of which is recycled.

At the height of the Millennium Drought, the state government was forced to create a strategic water reserve to ensure sufficient water to allow the power stations to continue operating. 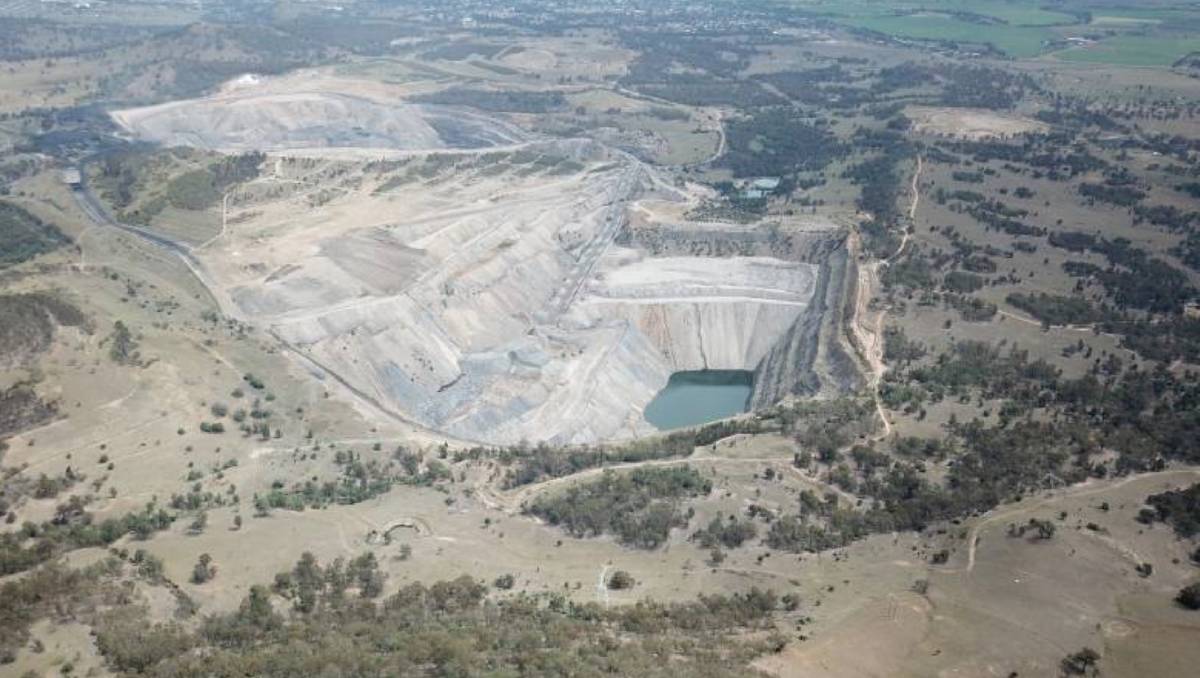 Ambitious: Looking down from Bells Mountain into the Muswellbrook Coal pit.

About 10 kilometres to the north is the proposed Bells Mountain pumped hydro project. The project, a joint venture between AGL and Japanese energy company Idemitsu, would pump water from an existing mining void 2000 metres to the top of Bells Mountain where it would be stored in a 1.9 gigalitre reservoir.

It would flow using gravity through pipes to drive a turbine at the base of the mountain.

Surplus water licences from the closure of Liddell power station in 2023 and the closure of the Muswellbrook coal mine will be used to fill the bottom void with water from the Hunter River over an 18 month period.

While not addressing the issue of water security, AGL chief executive Graeme Hunt said the Bells Mountain project would be complementary to the production of green hydrogen at the Hunter Energy Park. 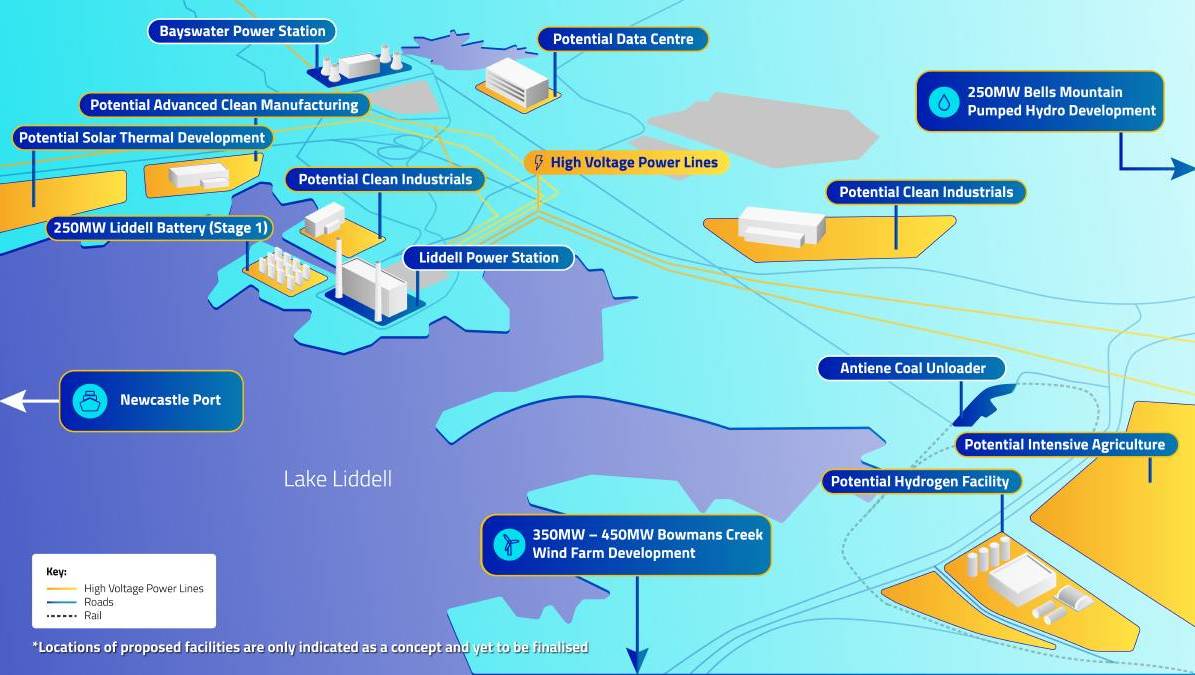 “We start with a great competitive advantage here based on the infrastructure you see around here. We have got connectivity into the grid and we have got a fair amount of water (Lake Liddell),” he said.

“Bells Mountain is a reasonable distance away but developing a site like that to feed into a facility like this is how we envisage it will operate.

He said the 10 hectare energy park would contain a diverse mix of clean energy technologies.

“This is not about a single future where we move from burning coal to creating hydrogen. We want to create an infrastructure here of many things, including green manufacturing,” he said.

“We are working very hard on how that might happen in coming years not only for the transition of Liddell but also when Bayswater reaches its end of life (in 2035). We want to be well advanced for opportunities for job creation before traditional jobs start to disappear.”

Committee for the Hunter chief executive Alice Thompson said the proposed green hydrogen project sent a strong signal to markets about the hydrogen opportunities available in the Hunter.

“With Andrew Forrest talking up Australia’s hydrogen capabilities to a global audience, it will boost the profile of Hunter hydrogen with our key trading partners and international investors.

“Having the NSW Treasurer standing shoulder to shoulder with AGL and Fortescue Future Industries for this announcement demonstrates the power of governments partnering with the private sector and regional stakeholders to realise the opportunities of the low carbon economy.

“The project aligns with the Hunter Hydrogen Roadmap which calls for commercial scale pilots and feasibility studies across a number of hydrogen uses and users at this stage of industry development.”