The works include an upgrade to the runway, owned by Defence, and upgrades to Newcastle Airport’s terminals and passenger processing facilities. The Airport services a catchment of over one million people with established industrial and agriculture production capabilities. 1.27 million international passengers move through the catchment each year, demonstrating the Hunter’s untapped tourism potential. With 80% of Australia’s air freight travelling in the hold of passenger aircraft, the Airport’s strong passenger demand makes regional air freight more viable and likely.

“As Australia’s largest regional economy, the Hunter will help lead the nation’s economic recovery. An upgraded airport will play a key role – creating over 4,000 jobs and unlocking billions of dollars in economic potential. With the challenge of a daunting economic recovery post COVID-19 ahead of us, this is a once in a generation opportunity that we are urging governments to seize.”

This project provides stimulus and jobs in sectors significantly impacted by COVID-19 – aviation, visitor economy and construction. Aligning the runway upgrade with Defence maintenance will save taxpayers money. If the runway upgrades are not completed as part of Defence’s maintenance works, Defence are unlikely to consider this project until their next scheduled resurfacing in 2040. The immediate and longer term benefits of this project are needed now, not in a couple of decades. 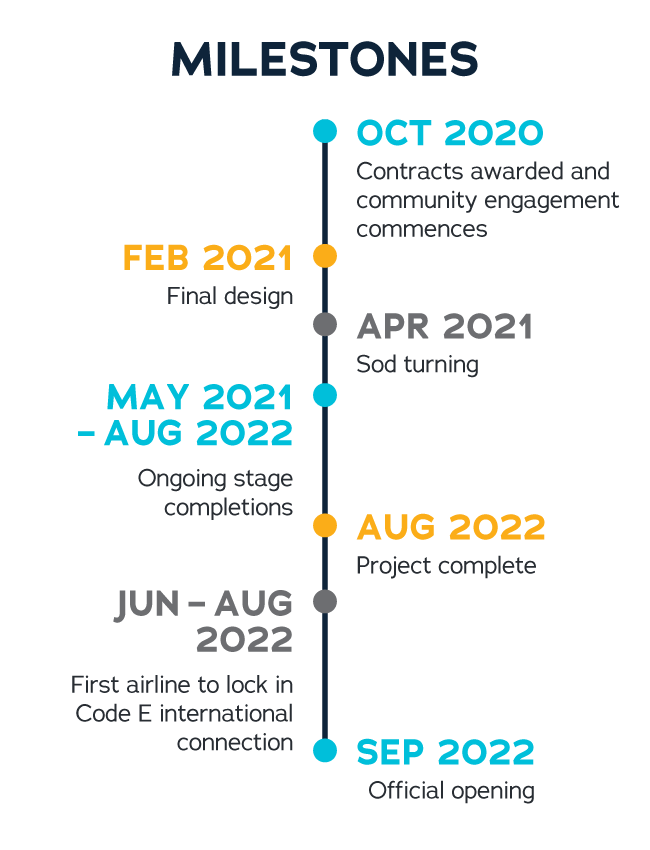